Soldiers, Hunters, Not Cowboys (Coach House Books, Spring 2023) grapples with the current moment of aggrieved and violent masculinity and its deep roots in shaping Canadian and American culture, in particular through the figure of John Wayne in the John Ford-directed movie The Searchers. A deeply influential movie in cinema history, the movie, despite being released almost 70 years ago, remains deeply relevant via the figure of Ethan Edwards, played by Wayne, and the lingering presence of toxic masculinity. The book was finished during the early weeks of the pandemic and heavily edited during the Ottawa Occupation, with both events leaching into the description of the events in the text, and the unnamed man at the centre of the book. Relationships with fathers, literal and cultural, are central where male role models echo down the decades. 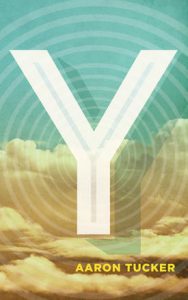 The books, the loves, and the conscience of J. Robert Oppenheimer: a novel about the man who invented the atomic bomb. 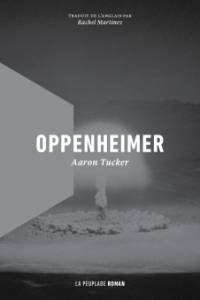 J. Robert Oppenheimer: reluctant father of the atomic bomb, enthusiastic lover of books, devoted husband and philanderer. Engaging with the books he voraciously read, and especially the Bhagavad Gita, his moral compass, this lyrical novel takes us through his story, from his tumultuous youth to his marriage with a radical communist and the two secret, consuming affairs he carried on, all the while bringing us deep inside the mind of the man behind the Manhattan Project. With the stunning backdrop of Los Alamos, New Mexico, Oppenheimer’s spiritual home, and using progressively shorter chapters that shape into an inward spiral, Y brings us deep inside the passions and moral qualms of this man with pacifist, communist leanings as he created and tested the world’s first weapon of mass destruction ? and, in the process, changed the world we live in immeasurably.

Listen to an interview about Y with Stephen Hurley at VoicEd: